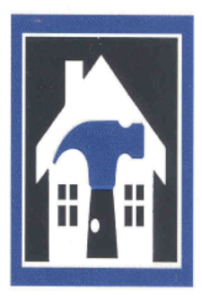 With the warmer temperatures, Carroll County Housing Authority is now prepared to enter into Phase II of the Carroll Apartments patio/sidewalk project.  This project will provide new patios and sidewalks in front of the following units at our Carroll

Apartments; units 13–16, and 21–22.  This area is known as the “Fish Bowl” at    Carroll Apartments, and the new design will eliminate the stairs leading to the units,  and provide larger patios.  This project is estimated to begin by May 17, 2021.  Notices will be given to the tenants who live in the project area units next week.  All personal items in each of the cubby storage areas will need to be removed by May 7th, as well as, any personal plants in these yards.  Watch for more information as we get closer to the start of Phase II.  We continue to strive to make the future at Carroll County Housing Authority a better place to live.

Who knew we have a true real-life hero living amongst us at Mest Manor?  It has recently come to CCHA’s attention that indeed we do, and his name is Wayne Wiegert.

Years ago, Wayne worked in the Savanna office of Central Telephone Company of Illinois as an installer.  One day as he was finishing up installing a telephone at a residence, Wayne became  instrumental in saving the life of a two-month old baby.  As Wayne was getting ready to leave the residence, the mother had come running out of an adjoining room with her infant who had gone into convulsions.  The mother was crying hysterically, panicked, and handed the baby to Wayne and pleaded with him to help.  He put the baby over his shoulder, but then realized the infant had swallowed its tongue.  Wayne pulled out its tongue and held it down until the baby caught its breath.  Not wanting to chance waiting for an ambulance from  nine miles away, he drove the mother and baby to a hospital one mile away at the Savanna Army Depot.  Wayne’s employer didn’t even know about the medical emergency until the woman called the office to find Wayne so she could tell him the baby was all right. Thereafter, he was dubbed “Dr. Welby” by his co-workers.  Wayne was certainly the definition of hero that day many years ago.

Wayne’s acts of caring and kindness has continued throughout his entire life.  In October 1999, Wayne and his beloved wife, Ruth were recognized with the “Community Builders Award” on behalf of Mississippi Lodge #385 for their many years of much appreciated service to the community of Savanna.  Wayne and Ruth could always be seen about town—usually doing something for someone or helping out an organization.  They both exemplified as positive role models on how people should be caring, kind, and considerate, and took those three qualities and used them to the fullest each and every day!  In addition, Wayne received the 2003 Savanna Rotary Outstanding Service Award.

Many of us here at CCHA have personally witnessed or experienced firsthand Wayne’s kindness.  We are honored to call him a friend and neighbor!  Wayne has been a Mest Manor resident since June 2005.